Who, or what, do you want your phone company to be?

Since starting in 1977, Nutec Electro Tel has helped 1000’s of Alberta companies with their communications solutions. Enterprise solutions for small and medium-sized businesses are our specialty.

With three Alberta offices, Nutec Electro Tel has always offered local hands-on, support and a friendly voice on the end of the phone for support calls. You can count on us. On your site and on the phone!

Nutec Electro Tel specializes in managed communications and not box sales. We work alongside our clients to continually make sure that the services and functionality you receive are the services you need.

Today, Nutec Electro Tel, with its group of professionals, offers hundreds of products and services to thousands of clients from Vancouver Island to Newfoundland. Our clients span multiple sectors from small and medium to enterprise organizations. These include: automotive, education, government, health care, hospitality and retail.

At Nutec Electro Tel, our goal is to enhance the value and productivity of your communications network, while providing you with unsurpassed, personal service. We pride ourselves on taking good care of our customers long after the initial sale has been made.

In 1993, the company originated as two companies: 1. Electro-Tel Electric, which was formed by Tim Forberg and offered telephone business systems sales and service, security systems, and electrical contracting. 2. Camrose Cellular, which offered cellular phones and two way radio sales and service, which was formed by Ross Sheerschmidt. The two companies found it beneficial to share office personal and a common location of 1,000 square feet.

Two years later the company moved and co-located with Image Office Works. In 1996 Ross and Tim merged into one company as with the growth it was easier to manage. In 1998, with need for more space, it was decided to build a building on the main highway through the city. In 1999 it was decided to sell off the electrical contracting business and concentrate on the more advanced technical side of the business. It was at this time we ventured into computer sales and service. It also worked well with the telephone business system side as a integrating move and more with computers and VoIP. With computer sales came printer sales, with printers and copiers becoming one machine in many offices, we were planning to diversify into this market.

Now with Nutec hosted voice and collaboration, powered by Wildix, we are continuing to bring a personalized approach to cloud voice solutions.

The Custom Solution YOU Need

Nutec provides a customized hosted voice solution on a private cloud solution at public cloud pricing. Therefore, your business gets what you want and need. You do not have to settle for what the cloud crowd is pushing.

We provide you with the advantages of the cloud along with local support, training and on-site support. Nutec hosted voice gives your business consistent monthly (OPEX) pricing eliminating big-ticket sales cycles and unexpected capital expenses.

The fastest way to work from anywhere

Nutec Smart Working solutions provide you with the advantages of Work at Work, Work at Home and Work Anywhere. If you have internet, you can have a great phone experience.

Wildix by Nutec provides your business with the best Browser-Based Unified Communication and Collaboration Solutions. Custom designed and flexible and ready for your staff today. 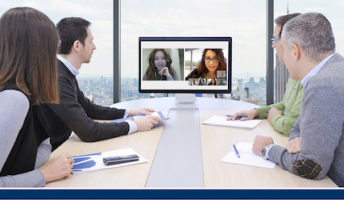 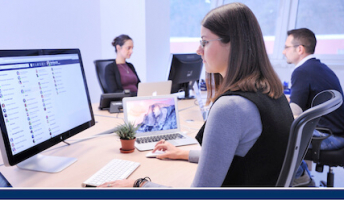 Any Questions? We're here to help you